Napoli may be known for its Neapolitan pizza, but have you ever heard of it's cousin, the fried pizza. This type of pizza emerged after WW2 and was called “the people’s pizza.” The infamous pizza frittata can easily be made at home with the most simple ingredients and it doesn’t require a wooden oven. Not to mention, there are many types of fried pizza. 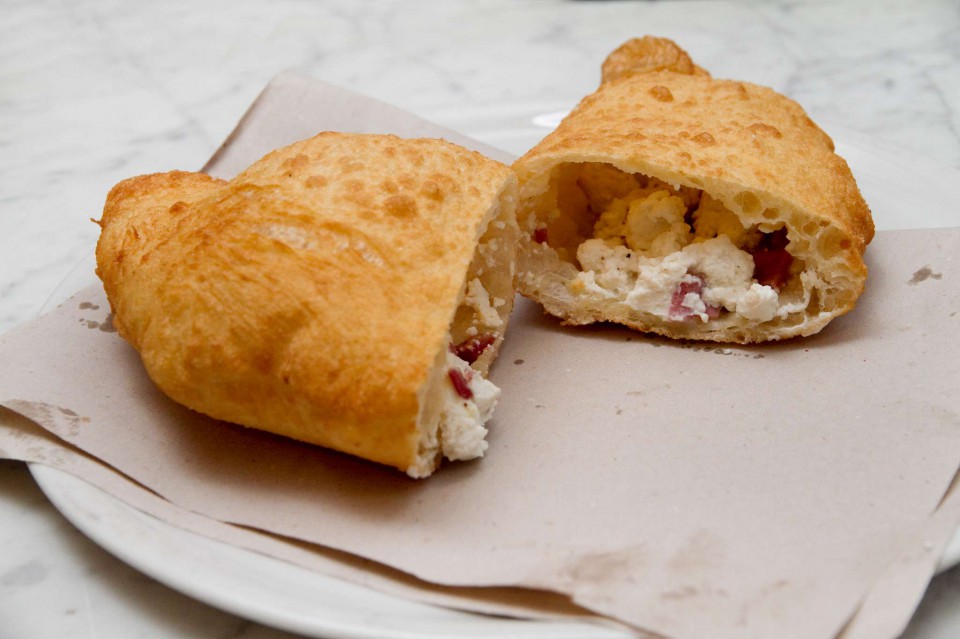 The pizza that emerged from the rubbles of war

Pizza frittata emerged after World War two when Napoli had suffered 200 air raids by the allies. In response to the economic downfall, fried pizza originated as a result of poverty. Traditional pizza was considered a luxury because many ovens were destroyed unless you had one, also ingredients such as Mozzarella were expensive.

Neapolitans found a way to make a pizza using affordable ingredients. The main ingredients were ricotta and provolone cheese, cicoli ( Neapolitan salami), and broccoli. They were known as low quality but were affordable enough to use for the filling in the pizza. The main difference from traditional pizza is that the dough is fried. The factor of frying the dough came from the lower class because of the accessibility to cooking this meal at home.

Fried pizza became a popular street food, that struggling customers were allowed to eat and had days to pay it. This idea was known as “a ogge a otto”(Eat today and pay in eight days). This became an option for poor and common people who were struggling financially. This concept was famously portrayed in Vittorio De Sica, The Gold of Naples, wherein one of the six chapters is called “Pizza a Credito” (Pizza on Credit). This is a famous Italian film where the actress Sophia Loren, plays the role of a wife of a pizza maker who sells fried pizza after the war in Naples.

You may be wondering how this type of pizza is made and how it’s different from the traditional one.

The ingredients for the dough are the same, they contain:

Where to Eat pizza Fritta in Napoli

In the Rione Sanita, which is located in the historic district of Toto, you will find “the queen of fried pizza.” The pizzeria is called Isabella De Cham- Pizza Fritta. The place is named after the owner Isabella and is an all-women-run restaurant. This place offers a variety of 17 flavors for the fillings. From the “Classica pizza fritta” that is stuffed with cicoli, ricotta, pepper, and basil to the must-have “Donna Isabella pizza” filled with provola cheese, caciocavallo, and lemon zest. Isabella’s style on pizza fritta offers an elegant and modern variation of topping and fillings such as crispy octopus, stilton cheese, and seared escarole. For a classic pizza fritta the cost is 5,50 euros. For a more traditional and classic taste, Pizza Fritta Da Fernanda will take you back in time to post-war Napoli, where it originated. Fernanda Milano, or as the locals call her ‘Nonna Fernanda”,  is considered one of Napoli’s best pizza frittata makers. Milano taught British chef Jaime Oliver how to make this dish. The fillings that she uses are ricotta cheese, crushed tomatoes, pork scratchings, and mozzarella. The two sizes on the menu: a small one for 2 euro and large for 3 euro. 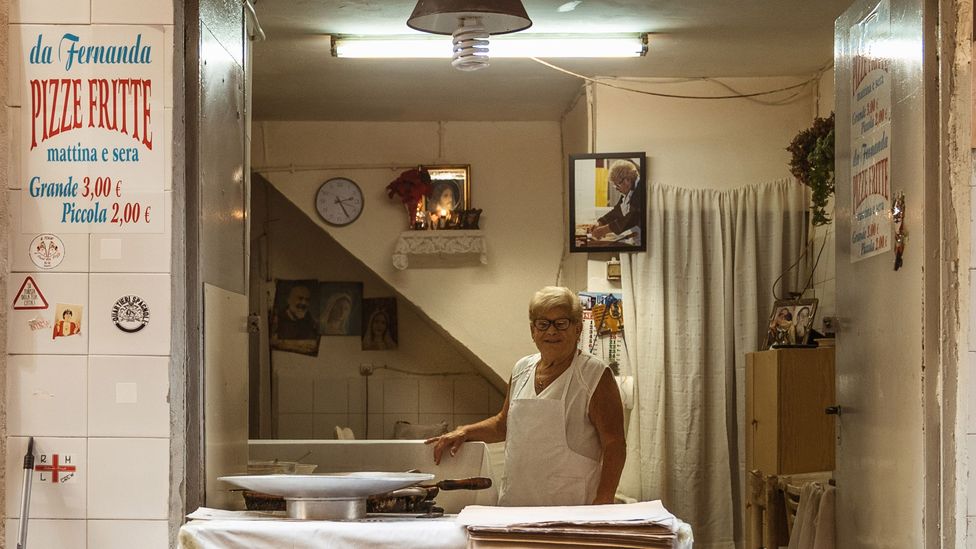 Next time you are in Napoli make sure to not leave without trying one!