The sun glared down the gaps between the buildings as we wondered through the bustling backstreets. We came across fresh baked pastries and the smell of homemade pasta and pizza are along every corner. We made several stops to try the different flavour gelato and get our limoncello fix! Further into the streets, we turned a corner and stumbled in front of the renowned Trevi Fountain.

The grandeur of the impressive artwork was a surprise to find along the end of three narrow, joining streets. (Although we later discovered that the name ‘Trevi Fountain’ literally means ‘Three Street Fountain’). The narrowness of the streets paired with the popularity of the historic 18th-century monument suggests why the fountain is always crazy crowded!

Dating back to the 19 BC period, the Trevi Fountain boasts a beautiful backdrop setting as the largest Baroque fountain standing at 26.3 meters high and 49.15 meters wide.

Within this beautiful city, Rome hosts over 10,000 daily visitors to its city and it is estimated a total of €3,000 in coins are tossed into the fountain every day by visitors who throw the coins backwards over their shoulders to make a wish.

The ritual comes from the 1954 film ‘Three Coins in the Fountain,’ which suggested if you threw two coins, you’ll fall in love with a Roman, and if you throw three coins in, you’ll marry them.

However, this has been a long-time tradition as legend says throwing coins into the springs to the Ancient Roman gods bought travellers a safe journey and a promise that they would return to the fountain. So, make sure you bring some pennies with you!

Few people know this but the coins which are thrown into the fountain are then donated to charity which pays for grocery items for poor families.

The fountain has become a hotspot for the perfect Instagram post, with over 588,000 #trevifountain posts on the social media platform. Due to the narrowness of the streets around the fountain, problems have recently arisen with a traffic-jam of tourists gathering around the fountain.

I do not want to admit how long we waited to get a spot in front of the fountain to take a picture. But, if you are planning on visiting the Trevi Fountain (which you should!), be prepared for the crowds of people who drown around it taking photos. 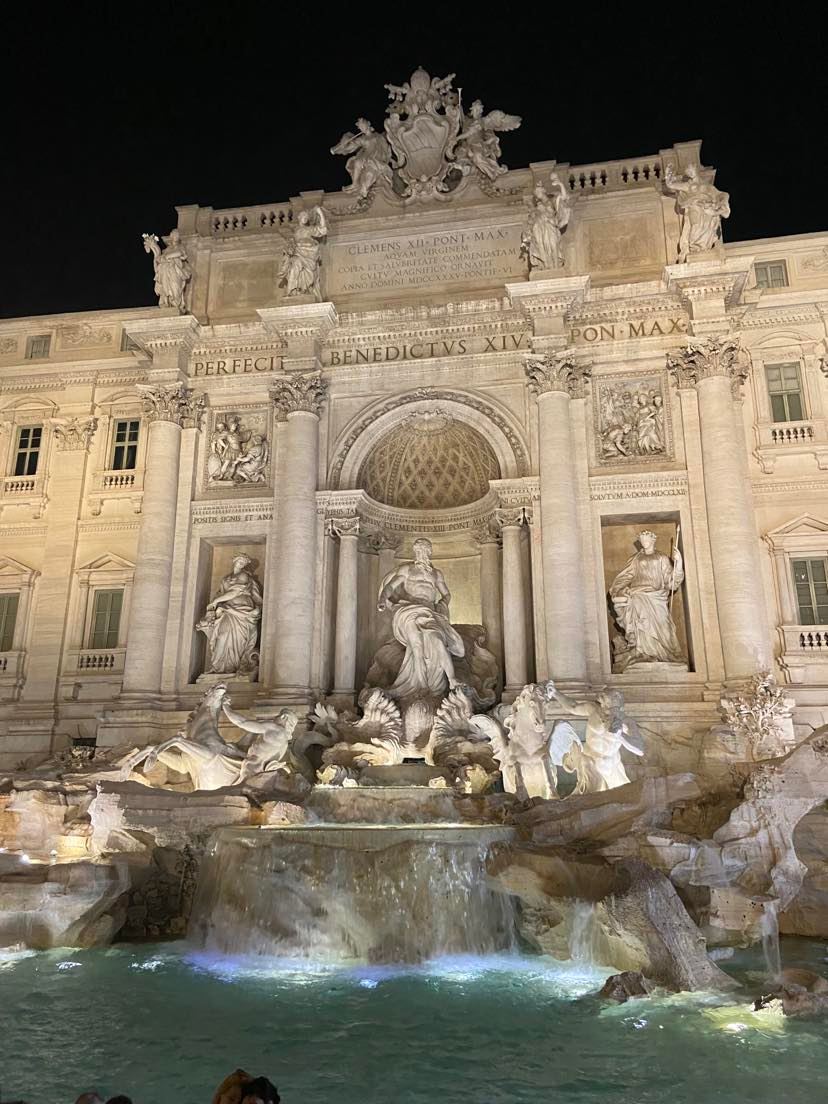 During the fountain’s 2015 restoration, sponsored by Italian fashion company Fendi, over 100 LED lights were added to the fountain. This has made the lighting in front of the fountain incredible if you visit the fountain in the night-time, which I would highly recommend. The white lights contrast against the turquoise waters beautifully which make it the perfect backdrop. What’s better than a visit to the fountain and a few drinks at a nearby bar to end the night?

At this time of day, you will still find crowds of people admiring the monument, however, there are far fewer people than what you will find during the day.

Plans are currently being drawn up on how to protect the fountain from brawling tourists. Ideas currently include a barrier around the fountain to stop tourists getting too close to the marble structure.

For now, the fountain remains guarded by the statue of Neptune, god of the Sea, who overlooks the visitors who come to the fountain.

Within the Trevi district, there is no lack of options for Al fresco dinings with the streets which lead to the fountain adorned with no end of pizza and pasta options to choose from.

There is also a rooftop bar which overlooks the Trevi Fountain, which is perfect if you are looking for a spot away from the busy crowds but still want the vibe of the popular street.

About a ten-minute walk from the fountain and you will find that the shops start to get a lot more expensive with designer brands such as Gucci dominating the streets. This is a sign that you are close to the Spanish Steps. From this angle, you will find yourself on top of the steps, by the stunning Trinità dei Monti church.

The timeless and romantic city is one to explore with a mix of history and art, as well as being a foodie’s galore, just be aware you might need to squeeze through the bustling crowd before you can get to the front of the Trevi Fountain! 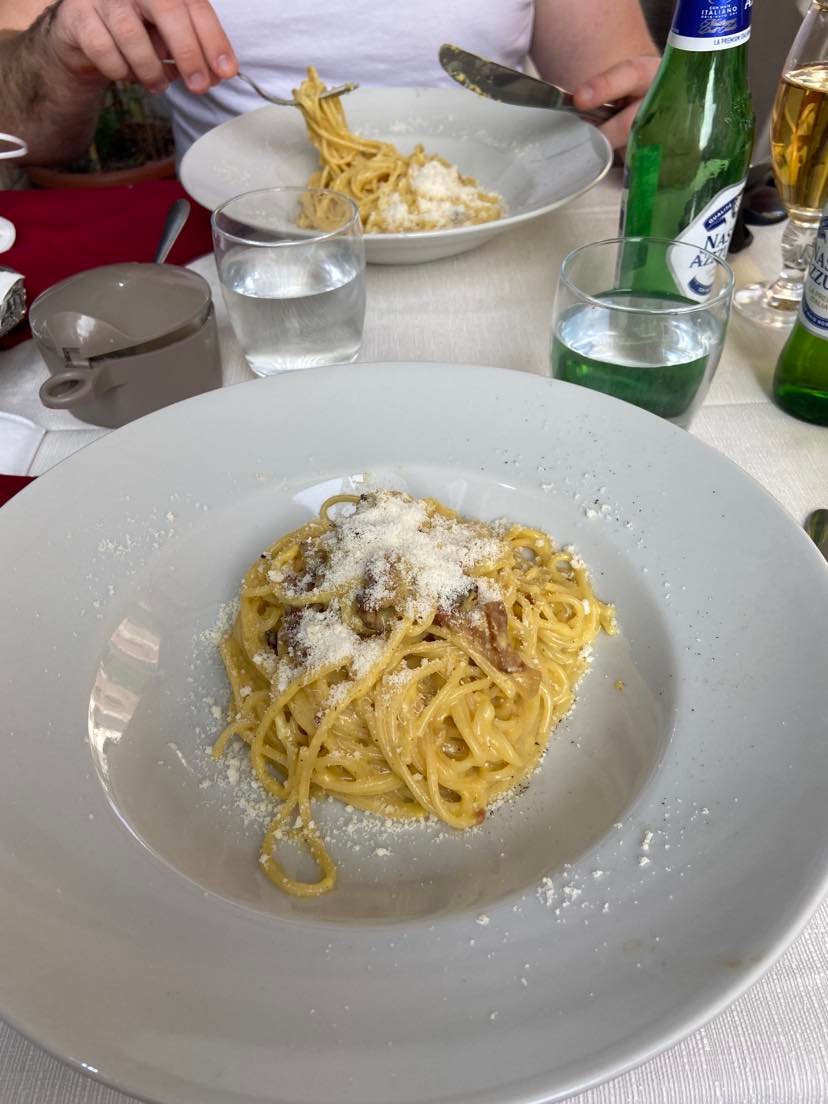 I’ve added a picture of the Carbonara we had at one of the restaurants along one of the streets towards the Trevi Fountain… too good to resist!